No Such Thing as an Orphan

In the Africa of old there was no such thing as an orphan. If parents died then family took in the children and if there was no family then the villages took them in and were responsible for them.

That Africa is no longer.

Due to the 40 year life expectancy there are now many orphans and some villages have been totally wiped out of adults. There is a need for housing and schools in order to take care of these young people. They need to learn a work ethic so that they do not think they are “owed” anything. Most of all they need to know Christ. The earlier that Christ becomes real to them the better for the nation as a whole.

For those orphans who are being taken care of by their elderly grandparents, they need to stay in their villages but need to be fed and educated. For those who have no-one, they need housing and education and discipleship.

We have a program for the young girls that will allow them to go to school. Education is paramount in most African nations but the boys are chosen first in any family. Even though it is supposed to be illegal for children NOT to attend school, education is not free even in the rural areas. Not only that, they may not attend if they are not in school uniform. I was recently standing at our camp site waiting for the pastors to finish breakfast before class and I saw a young girl in uniform standing beside the road. I asked why she was not in school and was told she did not have the fees. Because education is so important if we can keep these girls in school, they will not be sold off to some man three or four times their age to become the young third or fourth wife.Bigamy is still practiced in many African nations and so is child prostitution. All it takes is $5 per month to rescue some of these girls and while it may be just a handful it is well worth it. They will attend church while in school and at some stage we will look into starting a program whereby we can train them to sew or do carpentry or some other profession making them independent. 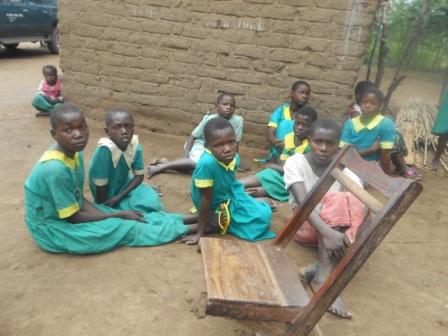 Young girls we need to keep in school

One thing that is seriously lacking in the rural African church is Children’s church. That means that the future generation are not being taught about the things of God. When we began the Bible School we encouraged pastors to bring their wives or young men who had a heart and vision for children and we began to teach them how to run an effective Children’s church. The result is that now of the 22 churches represented at the Bible School we have 19 Children’s churches.
The youth have become jealous, feeling that they were left out, with the result we have two youth groups who meet regularly to play soccer and then attend meetings. It is wonderful to see these young people get involved. There are approximately 100 members in each group. This is exciting because it is the age group 13 to 20 and these ages are, for the most part, rebellious in this area of Malawi. 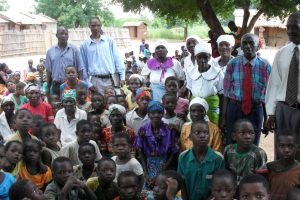